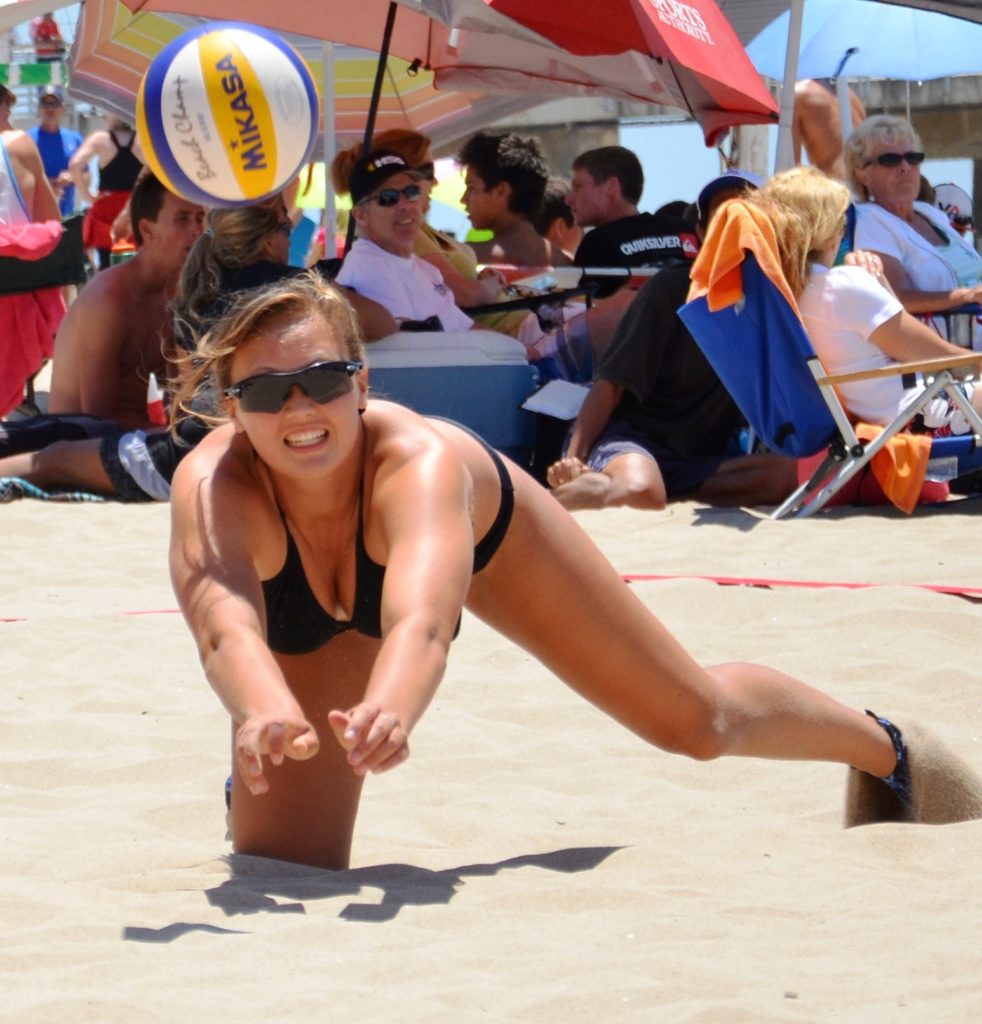 Do I need to find my own partner?

How long is the beach season?

We have 4 seasons, Spring, Summer Fall and Winter. Spring is from Feb-April. Summer runs from early May – till the 2nd week in August. Fall practice is from mid Aug-Oct. Winter is from Dec-Jan.

When do practices begin?

Our summer practice schedule begins right after tryouts in April. School has not ended in May, so we practice in the afternoons after school on Monday & Wednesday or  Tuesdays & Thursdays until school ends, then go to our regular practice schedule in June in the mornings.

What do the players wear?

Juniors beach players wear anything from bathing suits to shorts and a tshirt. 692 requires all of our players to wear our sports top during competitions, but they can wear anything they want to practice.

Where are the tournaments and how often do they have them?

Different organizations host events throughout the summer. The CBVA is the largest organization, and has 2 tournaments a month in San Diego. However, a player could play every weekend if willing to drive up the coast to various beaches.

Is beach as intense as indoor volleyball?

Do you have practice if it’s raining or has been raining hard?

I have only canceled one practice due to rain! If for some reason it rains hard enough in San Diego, I will tweet it! 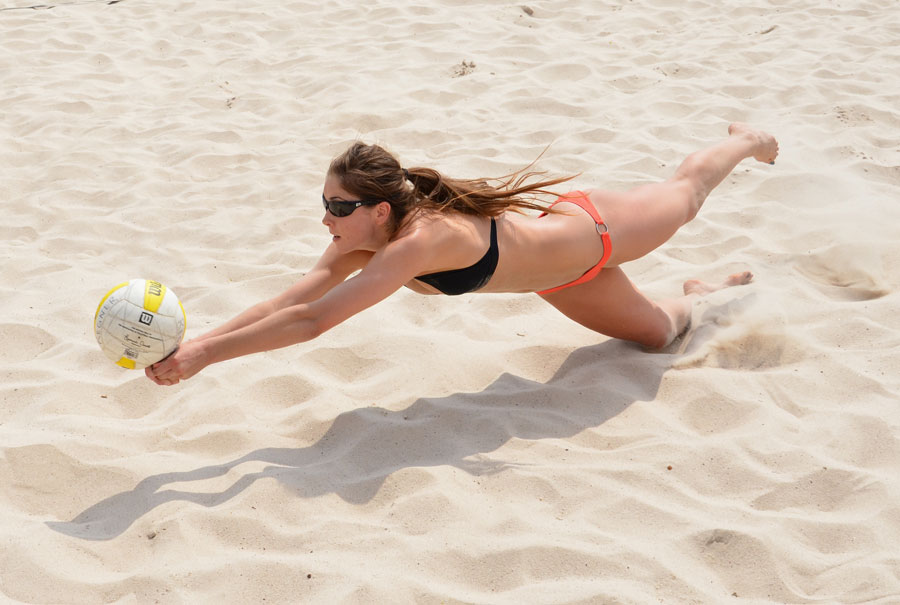 When will the first college sand volleyball season begin?

They already have! For NCAA DI, DII and NAIA, all programs have been given the green light to begin their first season in the spring of 2012.

Can players get scholarship money?

How many scholarships will schools offer?

The number of scholarships available will very per division. For example, the NCAA DI legislation allows 6 scholarships to be added over a period of four years, starting with 3 in 2011-12 and one each year for four years thereafter. Keep in mind, this is what each DI school is “allowed” by the NCAA. Funding the scholarships is totally dependent on the university’s athletic administration.

How will the season be formatted for competition?

Each supporting university will be able to compete in a maximum of 16 sand volleyball events during the spring semester. The format for sand volleyball requires each school to field five doubles teams per competition, so there are actually 10 starters for each university. It is important to note that the numbers cited are maximums, institutions will support what they can afford in terms of scholarships, additional staff and competitions.

Where can I find a list of universities that will offer a sand program?

The American Volleyball Coaches’ Association has a list on the following link:

**Read carefully through the document as some schools are not CONFIRMED to hold a program and this list may not be updated to include new schools that have programs.

Can indoor players from the university’s main volleyball team play in their sand program?

Yes indoor players can play sand but the NCAA has put rules in place that benefit schools who keep them separate.

Will schools recruit for sand only or will they look for players who can play both indoor and sand?

Each coach is different in terms of how they plan to shape and recruit for their individual programs. Some coaches want players who can play both indoor and sand. Some coaches only want sand players. It varies. Many schools have already committed to beach programs that recruit specifically beach players.

How can I get a beach volleyball scholarship?

We are developing a program to help our players get beach volleyball scholarships. They are available out there right now and we have been talking to the coaches of different programs to find out what they are looking for. We have taken recruiting trips to many of the universities to see their facilities and talk to their coaches. We are putting together a list of contacts for our players, helping them shoot videos, and taking them to the tournaments they need to go to in order to be seen by these prospective division one Universities. We are doing everything we can to make sure that we have the most comprehensive recruiting program in the country

What is the status of Beach Volleyball as a collegiate sport right now?

Participation in beach volleyball has grown by over 25% in the last two years and over 300,000 girls under the age of 18 are participating in the sand sport (according to the 2009 Sporting Goods Manufacturing Association’s research).  Currently there are over 70 schools competing at the collegiate level.

The NCAA requires 40 participating teams for a sport to move from the Emerging Sports List to full NCAA sponsorship, which includes a championship. In Spring of 2016 the NCAA will hold the first National Sand Championship!.

If you have any questions that were not answered by this FAQ, please email your question to  jeff@692west.com and I will post the question and answer up here. I’m sure that someone else has the same question and I would like to make this as comprehensive as possible.